Ezr 10:11  Now then make confession to the LORD, the God of your fathers and do his will. Separate yourselves from the peoples of the land and from the foreign wives.”

While I was reading this verses in the Bible, Holy Spirit started moving in me. What a great reform this is? Every sin committed has 2 impacts.

Repentance and confession of sins  only  will not solve problems created by sin.

The reforms brought forth by Ezra, demanded  two kinds of rectification by the people.

First one  could be done easily. Let us come to the second one.

Separating themselves from the foreign wives

Israel was a chosen nation and the Lord had kept them separate from all other nations.

The Lord had strictly warned them not to take wives from foreign nations. But they did and desecrated themselves. Nehemiah and Ezra, the servants of God wanted to purify the people from all their impurities, consecrate and dedicate them again to the Lord. Stringent and hard laws had to be introduced. This may look little hard to do but the command  of the Lord  remains unchangeable.

Mat 3:10  Even now the axe is laid to the root of the trees. Every tree therefore that does not bear good fruit is cut down and thrown into the fire.

Mat 3:11  “I baptize you with water for repentance, but he who is coming after me is mightier than I, whose sandals I am not worthy to carry. He will baptize you with the Holy Spirit and fire.

Mat 3:12  His winnowing fork is in his hand, and he will clear his threshing floor and gather his wheat into the barn, but the chaff he will burn with unquenchable fire.”

The Lord  separates “the woman’s  seed” from the  “serpent seed”.   He does this without any respect for persons.  The winnowing fork (Word of God) does this separation. It will separate the harvested  grain into 2 varieties.

In Old Testament the selection was  by bloodline  and genealogy. But in New Testament it is by Faith in Jesus Christ.

Today the winnowing fork He used for separation is  “The  commandments of the Lord”.

Joh 14:23  Jesus answered him, “If anyone loves me, he will keep my word, and my Father will love him, and we will come to him and make our home with him.

Let’s be careful that no impurities which needs rectification enters into the camp of AOJ?

Can you imagine the after effects of separating husbands from the foreign wives they took? What would have happened on the day of sending these wives back from their families?

What would have happened to the children?

Today what are  foreign things in marriage?

Husbands and wives united in marriage against the will of God, with  other motives  than begetting Godly generation on earth or against the commandments of God.

Let’s be careful and alert  in keeping our souls  pure and sacred in His sight.   There is no compromise in the Word of God.

Israelites did it during the time of Ezra and Nehemiah.

Zacchaeus came out voluntarily with a rectification  of his past life after meeting Jesus.

Mary Magdalene after repentance  and committed her life in the ministry with Jesus following Him upto Calvary.

Every time we repent, let us bear fruit in keeping with repentance 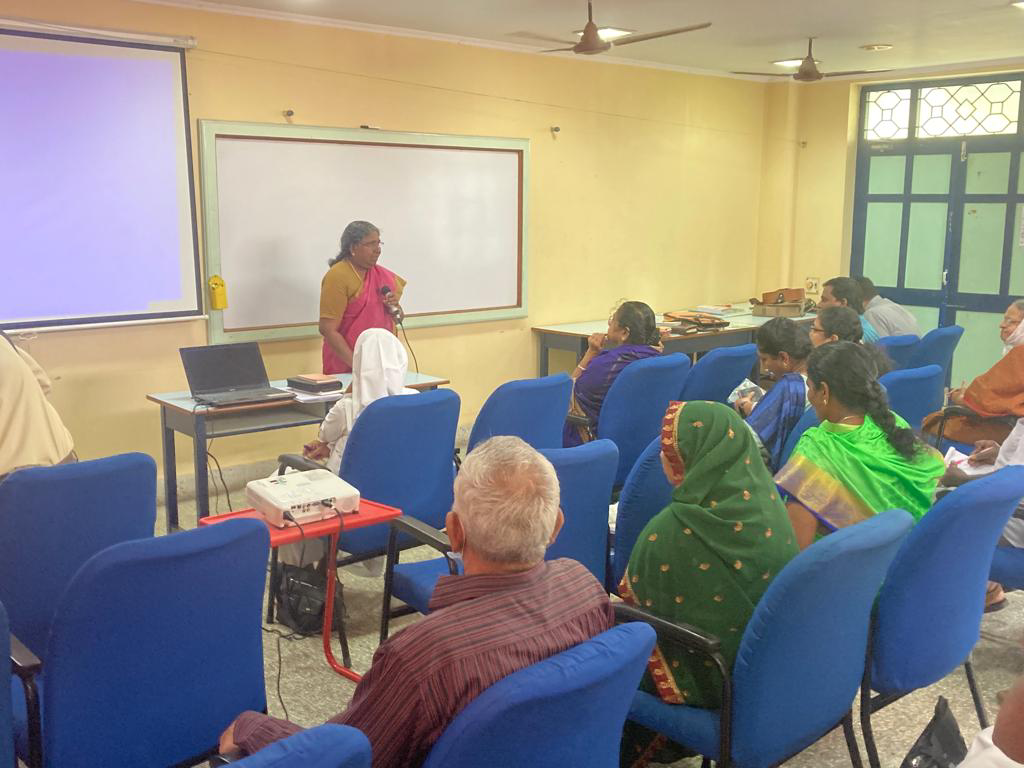 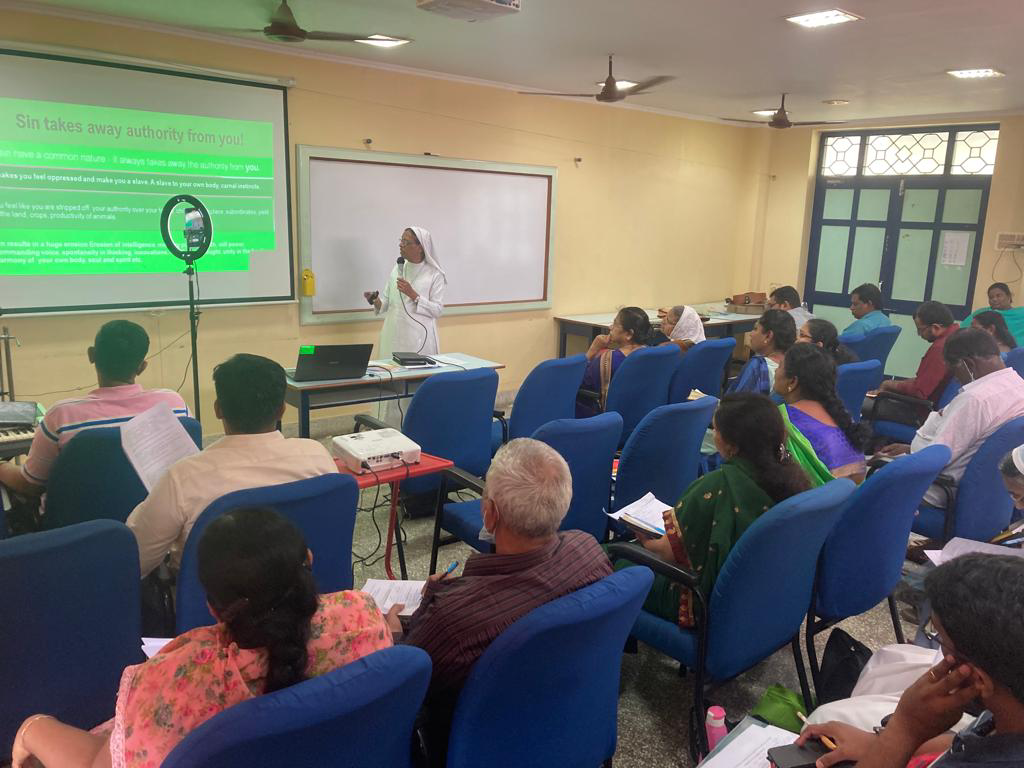 On 8th Nov, 2021 and 15th Nov, 2021, two prophecies were made for relief to Delhiites from the polluted air. On Jan 9, 2022 and now on 24th May, 2022, AQI index which was around 400 signifying unhealthy air is now in satisfactory category. We praise God for continuously answering our prayers. 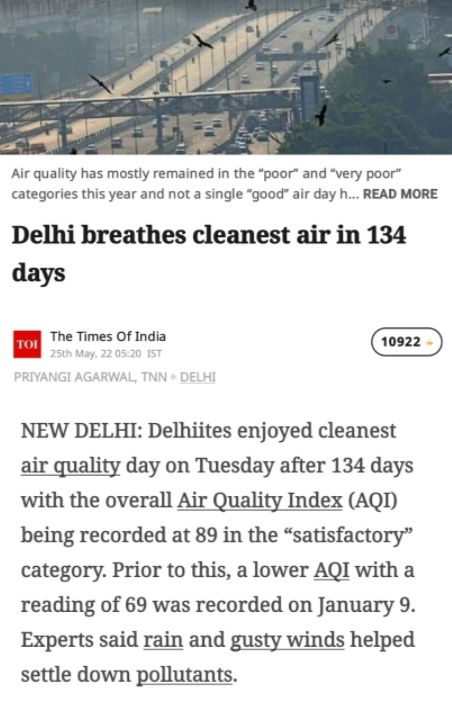 BFF (BE FORMED AND FORM) 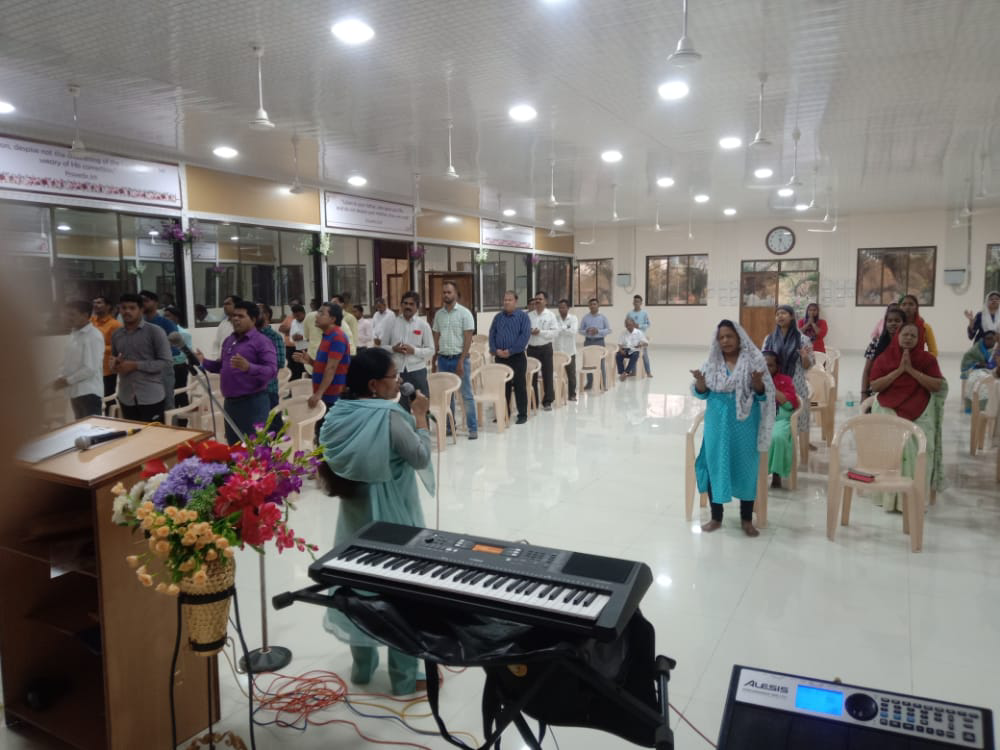 Let's get up - early in the morning,

Let us worship - our God!

We are the soldiers of Jesus!

We will pray daily, in the name of the Lord,

God gave the above song.Glory be to the Lord.

During that night the LORD said to Gideon,

"Get up, go down against the camp,

because I am going to give it into your hands.

Night Prayer for west zone will be conducted every 4th Saturday of the month from 9 PM to 1 AM. All the SMP, coordinators and prayer warriors have participated.

Train up a child in the way he should go:

and when he is old, he will not depart from it.

The ECC training program launched on 5th Aug – 18, aims at  training  & rejuvenating  people who are rejected by the society and transform them into better citizens.

But in your hearts revere Christ as Lord. Always be prepared to give an answer to everyone who asks you to give the reason for the hope that you have. But do this with gentleness and respect,

Be Formed and Form is a 5 day short term course. As per Eph 4:11-13, it perfects the saints,  for the work of the ministry, for the edifying of the body of Christ, ………until we all come into the unity of the faith and of the knowledge of the Son of God, to a full-grown man, to the measure of the stature of the fullness of Christ; The Lord wants the Church to be transformed according to Eph 5:26, 27 to make her holy, (cleansing her by the washing with water through the word), and to present her as a radiant Church. By BFF training, the Church awakes and arises to shine in the world. So far 600 batches have been conducted across India in various languages. The students were from almost all the States of India and abroad. For Further details: Contact Sol.Jagdish Naik Ph:9930804564 Come, be blessed and bless others!

National Worship Coordinating team has been directed to collect any revelation/inspiration received during worship, (both personal/troop prayer atmosphere).We are expected to report these revelations every Sunday, scheduled meeting online.

We need to prayerfully move ahead asking the Lord for further directions to bring Divine Governance in our midst. Hence, we welcome you to participate in Kingdom building and restoration process. Kindly message the revelations with interpretations (as per the leading of Holy Spirit) on personal chat or Shield West group, by Saturday or before.

7 fold Agenda for the Global Churches/Church Leaders/Evangelists/Missionaries … (given on 27.10.2014)

To safeguard them from COVID 19 and solution for their Livelihood (Based On Early Christian Church Acts 2: 42-47)

Why the Lord has permitted COVID-19 ?

To Restore the Church of Jesus Christ Acts 2:42-47

Praise God for the successful completion of 35,578    slots in National Worship Centre with a Non Stop Worship (24/7)

PROPHECY NEWS – What Does Bible Prophecy Say About Volcanoes?

What Does Bible Prophecy Say About Volcanoes?

Volcanoes are often triggered or accompanied by earthquakes, which are directly mentioned in Bible prophecy. Jesus Christ included earthquakes in His famous Olivet Prophecy. He prophesied of "famines, pestilences, and earthquakes in various places" (Matthew 24:7, emphasis added throughout).

Prophetic passages in the Old Testament warn mankind of phenomena described very similarly to what we call volcanoes today. "You will be punished by the Lord of hosts with thunder and earthquake and great noise, with storm and tempest and the flame of devouring fire" (Isaiah 29:6).

These biblical prophecies are often associated with catastrophic events leading up to Christ's second coming. "Blow the trumpet in Zion, and sound an alarm in My holy mountain! Let all the inhabitants of the land tremble; for the day of the Lord is coming…a day of darkness and gloominess, a day of clouds and thick darkness" (Joel 2:1-2).

The Song of Moses also speaks prophetically of similar divine punishments. "They have provoked Me to jealousy by what is not God; they have moved Me to anger by their foolish idols… For a fire is kindled in My anger, and shall burn to the lowest hell; it shall consume the earth with her increase, and set on fire the foundations of the mountains" (Deuteronomy 32:21-22).

The apostle John describes major events leading to the second coming in the final book of the Bible. "I looked when He [Christ] opened the sixth seal, and behold, there was a great earthquake; and the sun became black as sackcloth of hair, and the moon became like blood… And every mountain and island was moved out of its place" (Revelation 6:12-14).

Whether or not these prophecies specifically refer to volcanoes, they are all dire warnings of disasters brought on by humanity's sins and rejection of God.

Yet you should remember the sobering words of Jesus Christ in His Olivet Prophecy: "Watch therefore, and pray always that you may be counted worthy to escape all these things that will come to pass, and to stand before the Son of Man" (Luke 21:36).

FYI: Information's to be forwarded to the State Secretaries: Please work with your core team and get this information for publishing in Archive portal.

We require Testimonies from Gift School/Troop Churches, Report works for Documentation, Plans for the month for your State-20 Point Program Execution (word document), Praise Reports for Regional Meetings, Shadow Parliament Reports, any others...

Data should be sent forth to this email address - weekly - Regional allocation Email so it can be uploaded to server. Otherwise it can be sent to me personally in WhatsApp, will forward to IT wing.

Any difficulties in Documentary creation also please feel free to reach out, we will try to work it.

We will try to make all things documented for the month of July, August, and September.

Feel free to clear your doubts and enquiries through phone or WhatsApp message or email.