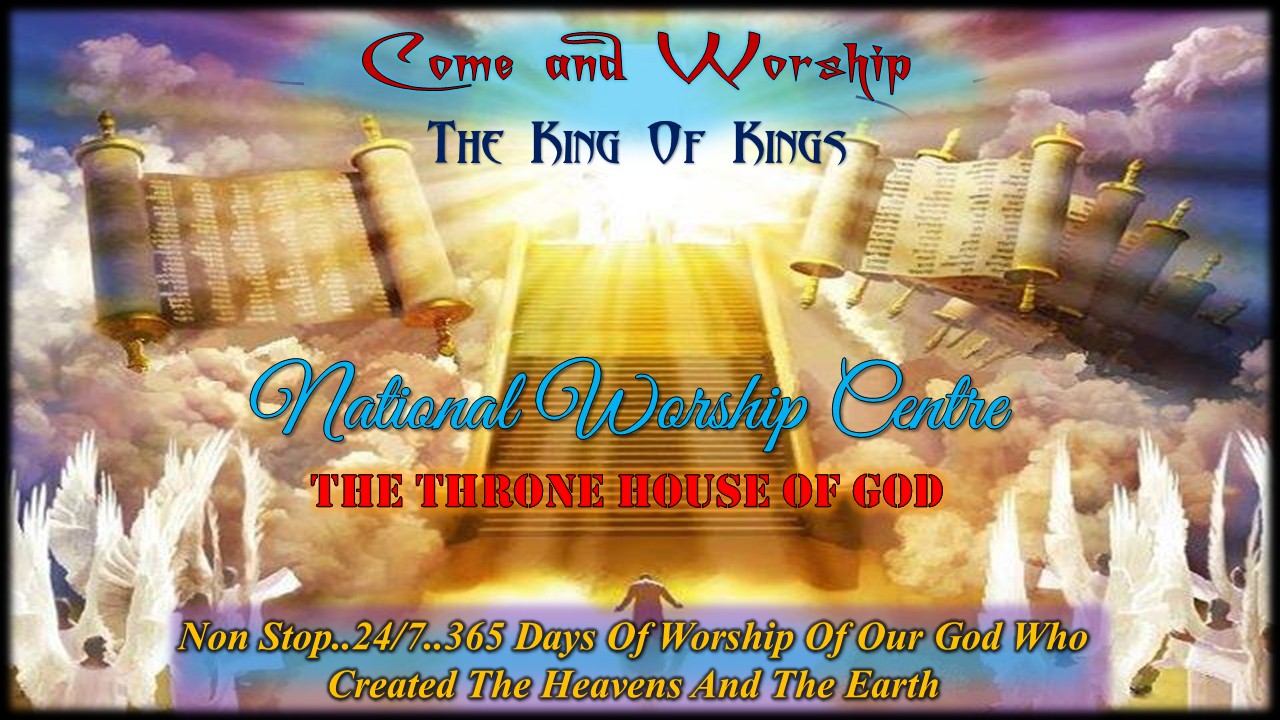 In the year 2006 June 16, the Lord revealed His plan for India. He is going to visit the nation India in 14 years. The first 7 years (2007-2013) will be years of Abundance. The second 7 years (2014-2020) will be years of spiritual Famine in India. In order to save His children from famine, the  Lord ordered  the Church to segregate  20% of  its resources (material, spiritual including souls), preserve it in the safe places (Central and State warehouses). During the famine period, the Church in India will go to the underground. The saved 20% will be used as food and seed not only for India but for the whole world. After the 14 years India will be declared a Christian Nation.

To work it out the Lord gave another vision, “Model Church” in which the Lord showed how the Church throughout the world today has gone astray totally from His plans. He challenged the Church heads as well as believers to forward to build up the Church as per His model. Those who cooperate with Him will be blessed. Those who refuse will be thrown out of ministry.

On 19.8.2013, the Lord gave the final warning to the Church in India, and extended a call to the believers of India to rise up and build His Church where every believer (instead of only Pastors) will be trained and equipped in the  gifts given to him/her, they will start doing ministry in their work places. Many such Gift Schools were started from September 2014 onwards. They spread like wild fire because they achieved the  rekindling of the gifts in believers.

In  the year 2008 the Lord asked a question, “Is there a place where I am worshipped 24/7? In 2010 March He gave the specifications for a National Worship Centre. Even though we did not have money, place or people with us to execute this, we told the Lord that we are willing to fulfill His desire. During the end of 2013, when the Years of Abundance were coming to a close, the Lord revealed the strategy of the National Worship Centre (NWC). About 100 believers came forward to take up 24 hours prayer for three months continuously. As a result, the NWC sprang up like a bud on 13.4.2014. It was a miracle of 7 days. Everything happened in 7 days.

The Lord had already foretold  that when the NWC is opened, the spiritual war to capture India for Jesus Christ will start. The opening of it will be a trumpet sign and a war cry for the children of God.The testimonies written at the NWC prove it to be true. 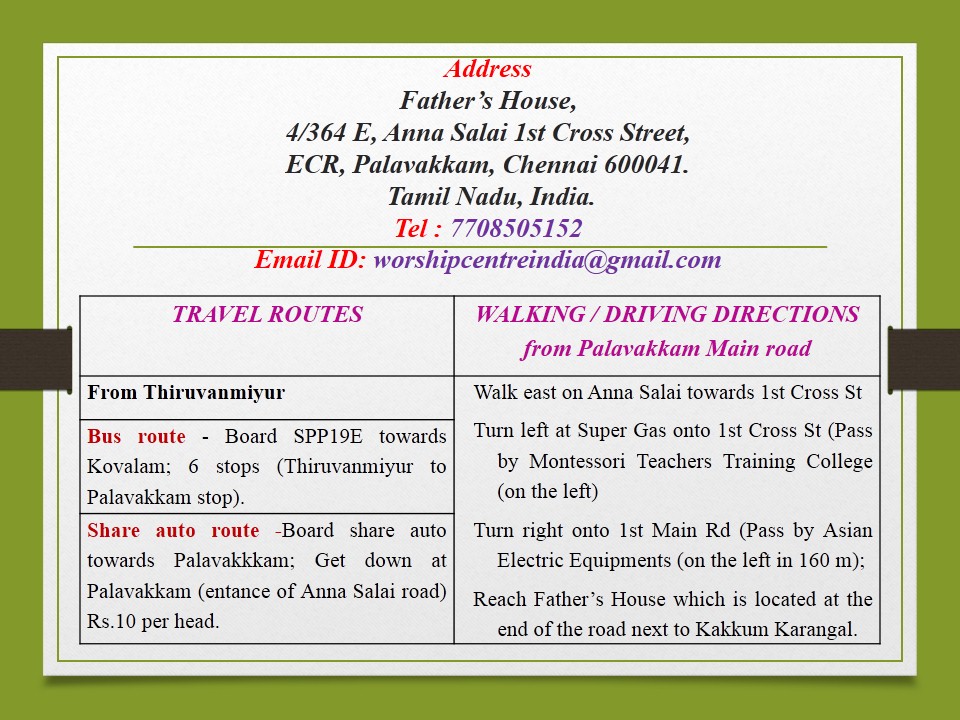