Skip to content
You are here: Home » Almond Wing 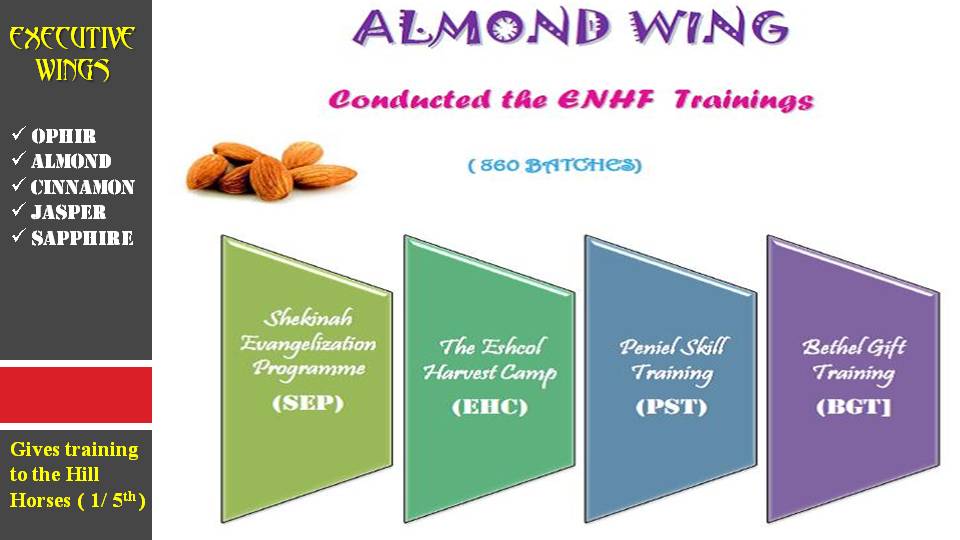 Let the royal apparel be brought which the king useth to wear, and the horse that the king rideth upon, and the royal crown which is set upon his head: whom the king delighteth to honour.

“From above the horse gate repaired the priests, every one over against his house. “

3.  The horse gate was southeast of the temple and close to the city of David, which originally was the Jebusite fortress and later included the entire southeastern hill (2 Samuel 5:7; 1 Chro. 11:5).  The gate was so-named perhaps because of the many horses connected with the kings of Israel and the city of David.

“What time she lifteth up herself on high, she scorneth the horse and his rider.  Hath thou given the horse strength? hast thou clothed his neck with thunder”?

“Hath thou given the horse strength? hast thou clothed his neck with thunder”?

“Be ye not as the horse, or as the mule, which have no understanding: whose mouth must be held in with bit and bridle, lest they come near unto thee”.

“The horse is prepared against the day of battle: but safety is of the Lord”.

“A whip for the horse, a bridle for the ass, and a rod for the fool’s back.”

9.    Hill Horses should be surefooted in the wilderness , shouldn’t stumble. Isaiah 63:13

“That led them through the deep, as an horse in the wilderness, that they should not stumble”?

Every one turned to his course, as the horse rusheth into the battle.

The Lord of hosts hath visited his flock the house of Judah, and hath made them as his goodly horse in the battle.

Desert Horse – The horse that fight against the Hill Horse

And with thee will I break in pieces the horse and his rider;

Neither shall he that rideth the horse deliver himself.

And I will cut off the horse from Jerusalem, and the battle bow shall be cut off:

The Lion Wing of the Hill Horse

Judah is a lion’s whelp: from the prey, my son, thou art gone up: he stooped down, he couched as a lion, and as an old lion; who shall rouse him up?

Behold, the people shall rise up as a great lion, and lift up himself as a young lion: he shall not lie down until he eat of the prey, and drink the blood of the slain.

He couched, he lay down as a lion, and as a great lion: who shall stir him up? Blessed is he that blesseth thee, and cursed is he that curseth thee.

The wicked flee when no man pursueth: but the righteous are bold as a lion.

A lion which is strongest among beasts, and turneth not away for any;

For to him that is joined to all the living there is hope: for a living dog is better than a dead lion.

Wherefore a lion out of the forest shall slay them, and a wolf of the evenings shall spoil them, a leopard shall watch over their cities:

After this I beheld, and lo another, like a leopard, which had upon the back of it four wings of a fowl;

Therefore I will be unto them as a lion: as a leopard by the way will I observe them.