Skip to content
You are here: Home » Wheel Wing 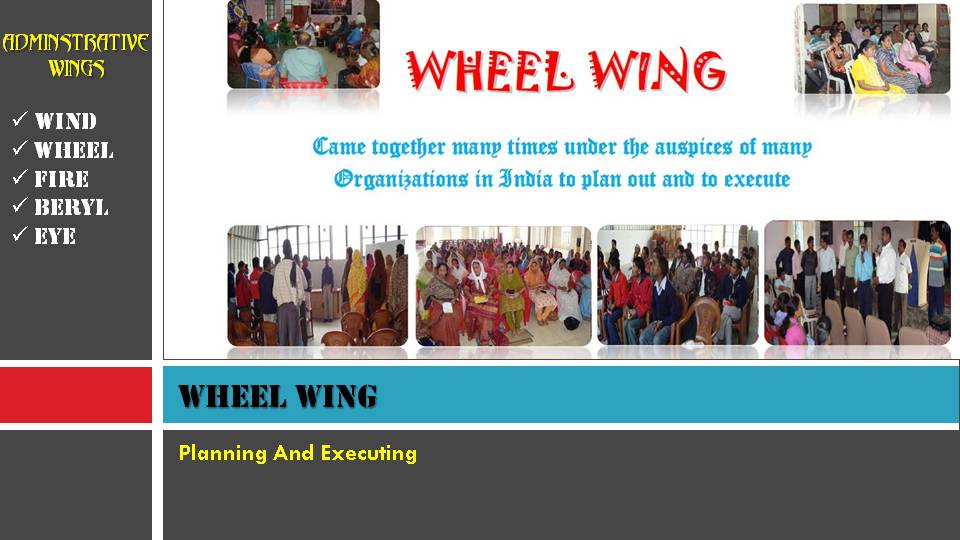 There should be a National Co-ordinating Team which consists of 5 members.

How to Appoint the Team

When the members come together for the inaugural session on 9-11, they will pray over this.  If they like to suggest anybody in the particular category, they can do so.  They will be given a paper to write 3 names priority wise in each category.  The five categories are given below.

5. One Member of the Eye Wing

2        One preacher should be appointed to explain each and every verse in detail, correlating it with the dilapidated condition of the Church in India and the need of rebuilding it and  the working of the ENHF.