Skip to content
You are here: Home » Volume 8 Issue 45

“I do not accept human praise”

“Moreover, the Father who sent me has himself testified on my behalf. You have never heard his voice or seen what he looks like, …”. Jn 5:37

Jesus was so confident that He was sent to this earth by the Father. Every day He spent time with the Father to  confirm His calling  and to receive  next day’s assignment from  the Father.  This relationship was the source of His strength. Our human tendency is when people appreciate us, we get encouraged and want to do more of the work which brought applause. This is where we contradict with Jesus.

One of my favourite verses in Bible is

Jesus proved what He said.  When a man came to Him and addressed Him, “good Teacher” . Immediately Jesus interrupted and said, “Why do you call me good? Nobody is good except heavenly Father.”

Let’s learn today this characteristic of Jesus. Let’s say with Him,

Then how will you work?  There should be some force motivating you to work every day .

You may seek the approval of  the Heavenly Father who has sent you to this world.

Everyday you may bring an account of your work to Him, the Master,  who has  appointed you in His work.

Submit the list of people whom you met today

Submit a brief summary of your work today

Submit the list of people who demanded your attention, events which attracted your notice, along with the emotions you had while doing it, your likes and dislikes in that. Which person or work snatched away your joy, made you frightened, which works were  headache to you, submit all those people to Jesus. He will tell you His opinion about them .

Surrender them all to  Jesus. Wait for His replies.

He will have something to tell about each of your items in your agenda. Listen carefully. Be cautious to listen to Him and catch His point of view. It may  come to you as emotions, intuitions, pictures, thoughts, words, memory of a past incident, memory of a person, a verse etc. etc. Write it down. You will have perfect peace and your heart will rejoice when you receive this heavenly message. Joy and peace is  the sign that it is granted from heaven.

Keep a diary with you to write down everyday your meditation results. Start it from tomorrow. At the end of the month go through the results of your meditation! The daily food which the Lord nourished you with! It’ll be a pleasant surprise to you!

Morning Worship is going on online (Zoom app) from 5:30 am to 7:00 am in Tamil Nadu and many other places

FRP and Troop Church training in a church 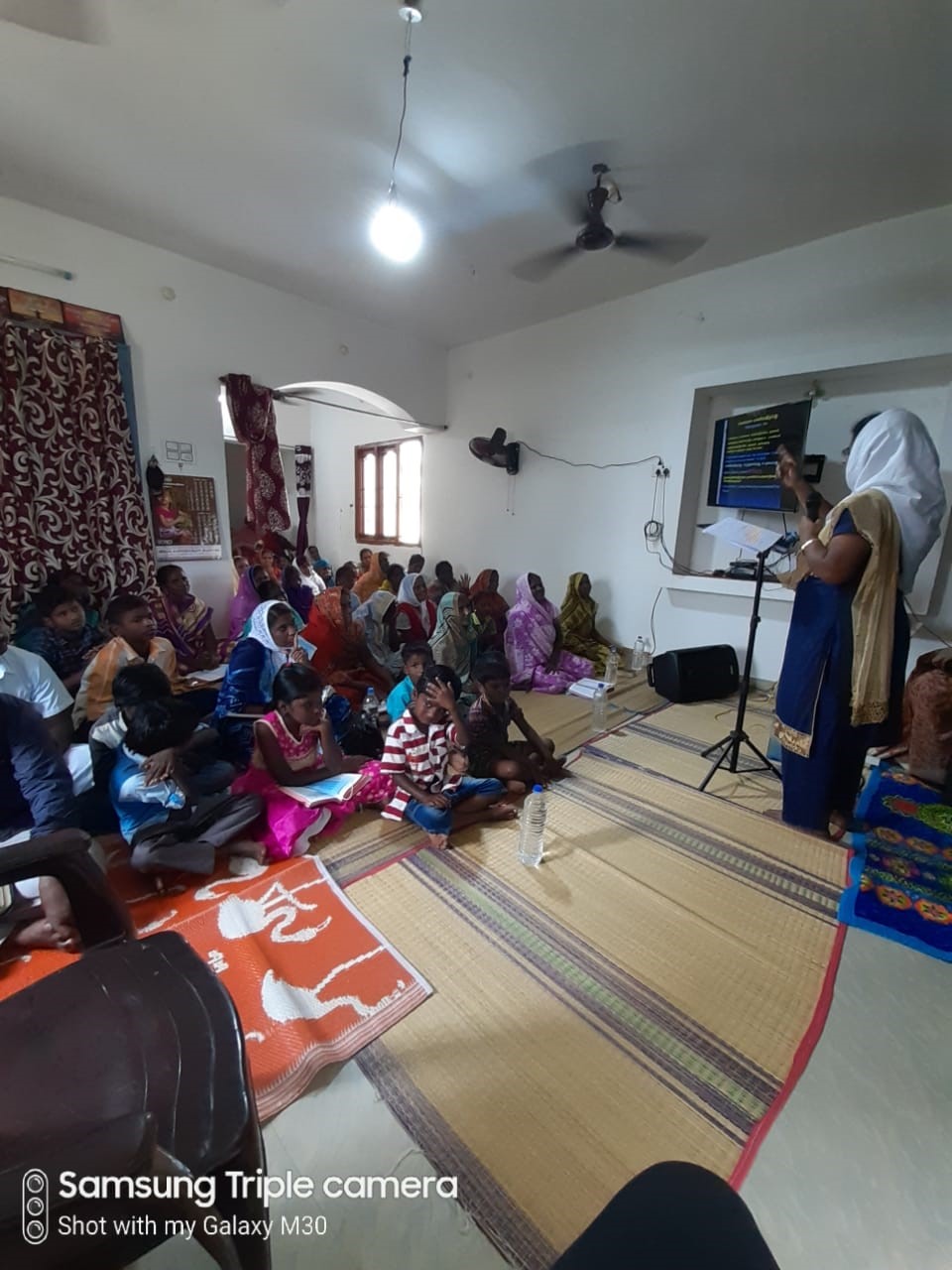 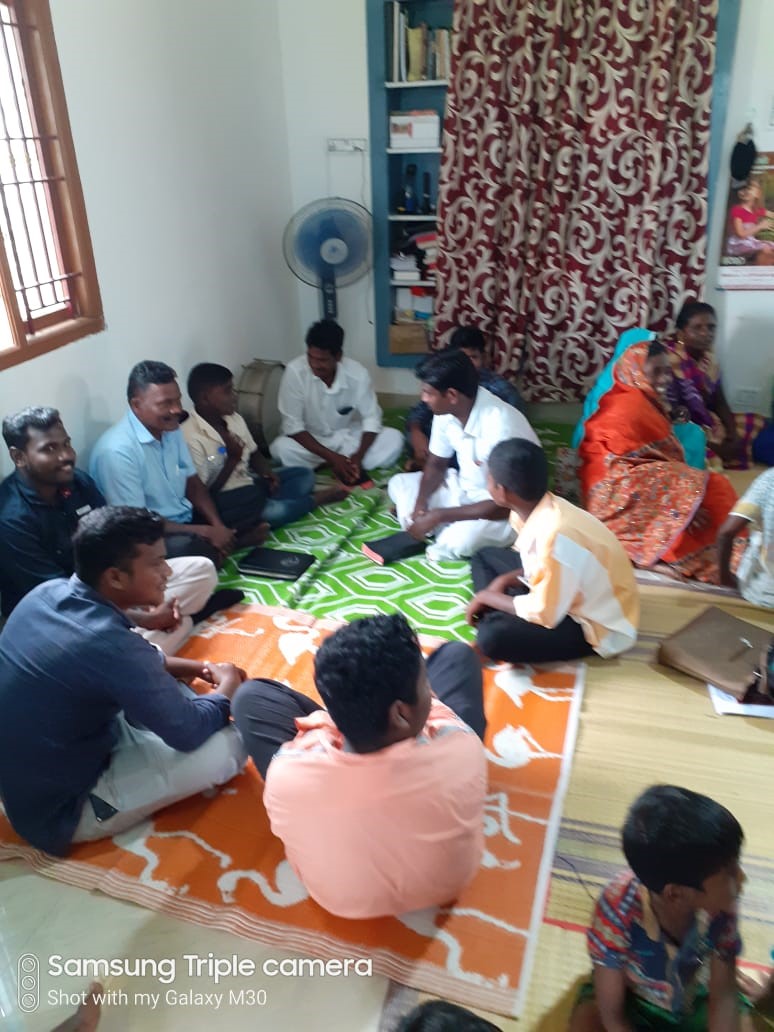 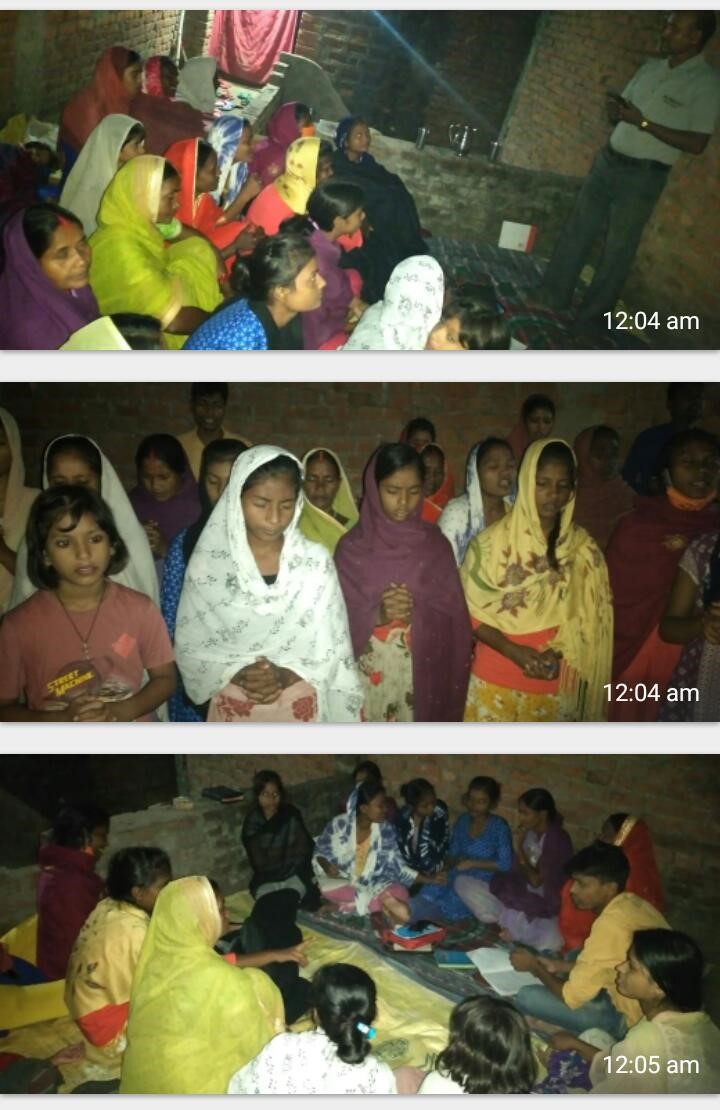 Announcement : Any alliance of AOJ people with Non-AOJ people should be brought to the notice of the Matrimonial team 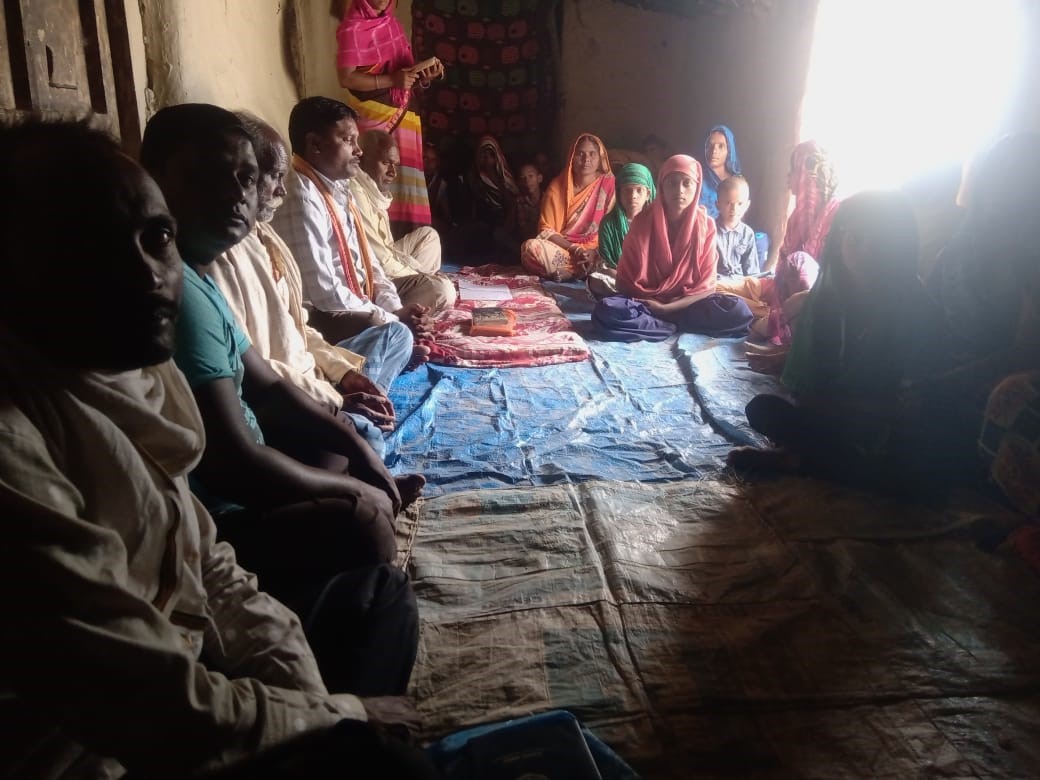 Praise God for the successful completion of 28,265 slots in National Worship Centre with a Non Stop Worship (24/7)

Genocide warning for Nigeria as Christians are 'driven out'

Release International is warning of a "genocide-in-the-making" in Nigeria as attacks continue unabated on Christian villages.

Genocide Watch puts the number of Nigerians killed in violent attacks this year at 5,100, while NGO Intersociety estimates that there is "a daily average of about five Christian deaths".

Pastors and churches are being targeted, Release says, while some captured villages have been given Islamic names.

The attacks are concentrated in the North and Middle Belts, and Nigerian journalist Rev Hassan John believes the pattern of violence bears the hallmarks of an undeclared jihad.

"Many are describing this as an unfolding genocide. People are dying every day," he said.

"How many more need to die before the international community recognize this as genocide?"

Rev John warned that armed Fulani herdsmen now have a new weapon - a chemical that accelarates burning and is being used in arson attacks on Christian villages.

"They are using the chemical in petrol bombs," he said.

"We are in the middle of the rainy season now, but this burns even in the rain, and when they throw it into the building it burns right down to the cement.

"It doesn't just burn the metal roofing, it peels away the plaster on the buildings."

Rev John thinks the West is turning a blind eye to the religious dimension of the violence for fear of being labelled Islamophobic.

He calls it "simplistic" to think that the violence is merely a tribal dispute over natural resources.

"If it was just a clash between Fulani herders and farmers why would they attack a church and set it ablaze and target church leaders and kill them?

"Those who try to dismiss this as an economic struggle over resources brought by climate change have a lot of explaining to do."

Release CEO Paul Robinson is calling on the international community to take action to stop the violence.

"Scarcely a week goes by without reports of attacks against Christian villages. We visit the victims in the displacement camps, many of whom, including children, have appalling machete wounds," he said.

"We call on the international community to investigate the roots of this growing violence, which is looking increasingly like an undeclared jihad and a genocide-in-the-making."

Suspected Hindu extremists set fire to a church in India's Andhra Pradesh state, burning it to the ground because local Christians refused to stop worshiping together.

Pastor Prabhu Das, who has led Christian Miracle Church for nearly 38 years, and his son, Jeevan, arrived on the scene in time to witness flames engulf the church building. The pastor's car was also destroyed.

Following the arson attack, the pastor filed a formal complaint with police against the unknown assailants. His son told ICC that Hindu extremists had previously threatened the church and ordered the Christians to stop meeting together.

Jeevan said the arson attack has "caused a lot of terror and concern among the members of our church," which has about 300 congregants.

"Unless the culprits are brought to justice, the attendance of the church could go down significantly. Please pray that justice will be served in this case," he said.

Such reports are not uncommon in India, where Christians constitute 2.3% of the population.

Though religious freedom is protected in the country's constitution, incidents targeting Indian Christians have risen steeply since 2014, when Narendra Modi of the Bharatiya Janata Party came to power.

John Prabhudoss, chairman of the Federation of Indian American Christian Organizations of North America, told The Christian Post that Modi's reelection has "brought about a sense of confidence among the Hindu radical party cadre that now they can attack the Christians and other religious minorities with impunity and they do not have to worry about the law enforcement."

"Most Christian victims in the past could not go to the police, but now it is almost certain that only victims will be charged by the police if they go to them. The police are scared of acting against Hindu party members who are attacking the Christians," he said.

According to Persecution Relief, which tracks anti-Christian persecution and harassment in India, crimes against Christians in India increased 60% between 2016 and 2019.

Several states in India have adopted anti-conversion laws that seek to prevent any person from converting or attempting to convert, either directly or otherwise, another person through "forcible" or "fraudulent" means or by "allurement" or "inducement."

However, extremists often use such laws as an excuse to disrupt church services and harass Christians.

Last month, members of the Sarya Adivasi Samaj group destroyed the homes of 15 Christian families in the Kondagoan district of India's Chhattisgarh state because they refused to renounce their faith.

India is ranked at No. 10 on Christian support organization Open Doors' 2020 World Watch List of the countries where it is most difficult to be a Christian. Open Doors notes that converts to Christianity from a Hindu background are "especially vulnerable to persecution" and are constantly under pressure to return to Hinduism.