Skip to content
You are here: Home » Volume 8 Issue 44

Nothing will be left

King Hezekiah was foolish enough to show everything in his house to his enemies. The enemy took away everything he had.

Isa 39:6  ‘Behold, the days are coming when all that is in your house, and that which your fathers have stored up until today, will be carried to Babylon. Nothing will be left,’ says Yahweh.

Pro 29:11  A fool gives full vent to his spirit, but a wise man quietly holds it back.

Today the Lord is warning us about one of the weapons of satan,  cheap popularity . Showing off oneself in front of others  to  gain a good name, to be in the good book of others etc..

A servant of God should be able to resist all the temptations against showing off, lest he will fail in the war or fall.

Even in the words we spoke we have to be wise. One who wants to reveal everything he has in mind is a fool.

The wise will know where and  when he should  speak what.

Amo 5:13  Therefore he who is prudent will keep silent in such a time, for it is an evil time.

Samson fell in this temptation of revealing all his heart.

Jdg 16:17  And he told her all his heart, and said to her, “A razor has never come upon my head, for I have been a Nazirite to God from my mother's womb. If my head is shaved, then my strength will leave me, and I shall become weak and be like any other man.”

In the Bible we have enough and more testimonies.

2Sa 1:2  And on the third day, behold, a man came from Saul's camp, with his clothes torn and dirt on his head. And when he came to David, he fell to the ground and paid homage.

He thought that he will get a reward from David for killing his enemy Saul. So he wanted to be the first one to take the news to David.

2Sa 1:10  So I stood beside him and killed him, because I was sure that he could not live after he had fallen. And I took the crown that was on his head and the armlet that was on his arm, and I have brought them here to my lord.”

But he was put to death.

One who converses with God from the bottom of his heart, will get the wisdom of discernment. He will guide him in the way he should walk.

May the Lord grant us the  wisdom needed to reveal matters at the appropriate time and conceal  them till the right time. 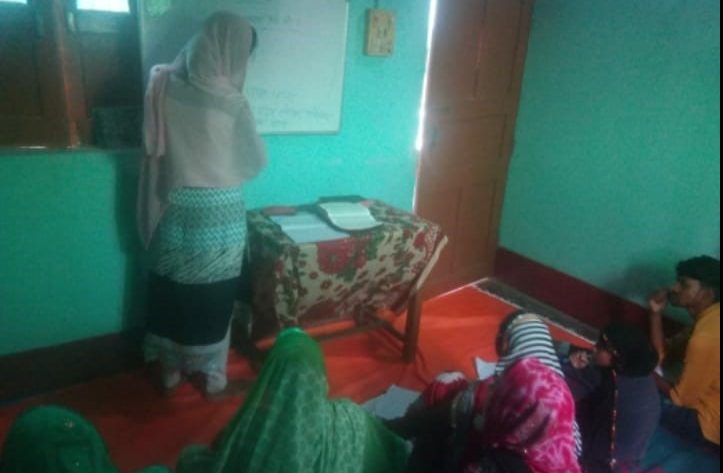 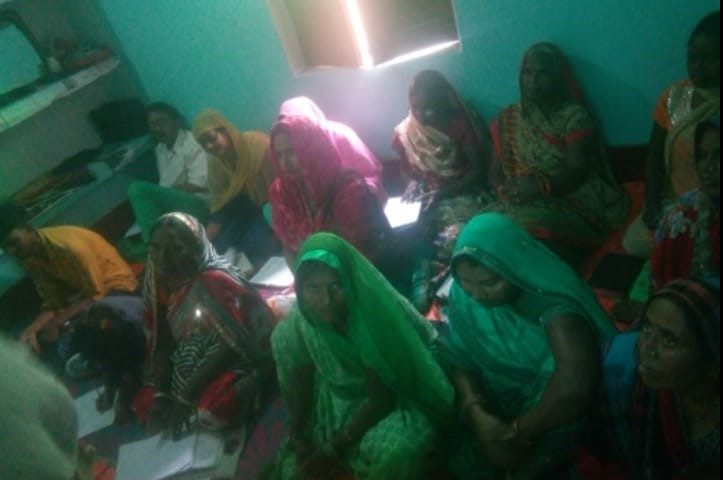 Trump Becomes the First President Since Eisenhower to Change Faiths in Office Like many Christians switching churches, he now identifies as nondenominational

More than 180,000 people have stopped identifying with the Presbyterian Church (USA) in the past four years, according to official church numbers. Now there’s one more: President Donald Trump.

Trump told Religion News Service last week in a written interview mediated by spiritual advisor Paula White-Cain that he doesn’t consider himself to be Presbyterian. He was confirmed in the church and has called himself Presbyterian numerous times over the years. But no more.

“I now consider myself to be a non-denominational Christian,” Trump said in the statement. “Melania and I have gotten to visit some amazing churches and meet with great faith leaders from around the world. During the unprecedented COVID-19 outbreak, I tuned into several virtual church services and know that millions of Americans did the same.”

While the mainline denomination has previously challenged Trump’s affiliation, his recent departure seems to be the result of the president slowly moving away from his childhood church and toward a more evangelical faith.

Trump was not a regular churchgoer before he was elected president. He attended Norman Vincent Peale’s church for a while and praises Peale’s book The Power of Positive Thinking. He has also attended Episcopal churches for several Christmas and Easter services. In 2016, he was described by one prominent evangelical supporter as a “baby Christian.”

Since moving to the White House, however, he has visited many different churches, mostly evangelical and Pentecostal. He has met with numerous ministers, been prayed over, and sought the advice of spiritual counselors like White-Cain, a Florida televangelist often associated with the prosperity gospel, who took a position as the Trump administration’s faith outreach coordinator last year. City of Destiny, the church White-Cain founded in Florida, is nondenominational.

The Presbyterian Church (USA) has declined from 3.1 million members in 1984 to about 1.3 million today. Membership has dropped by an average of 4.5 percent every year that Trump has been president.

In the three-wave Cooperative Congressional Election Study—which surveyed the same individuals in 2010, 2012, and 2014—1 out of every 6 Christians changed their religious identification over four years. Some stopped identifying as Christians and either called themselves “none” or “nothing in particular.” But about 16 percent changed denomination, including about 20 percent of Presbyterians, who stopped calling themselves Presbyterian and started calling themselves something else—often “nondenominational.”

Of course, most Americans are not the president. It is highly unusual for the chief executive to change religious identification in office. The last time it happened, Trump was six years old.

Today, when the Cold War struggle has been replaced by culture war conflicts, critics see Trump’s move from Presbyterian to nondenominational Christian in the opposite light: It’s too specific. Instead of trying to represent all Americans with platitudes about “deeply felt faith,” they claim Trump is making a political move, identifying with the religious voters he needs at the polls. 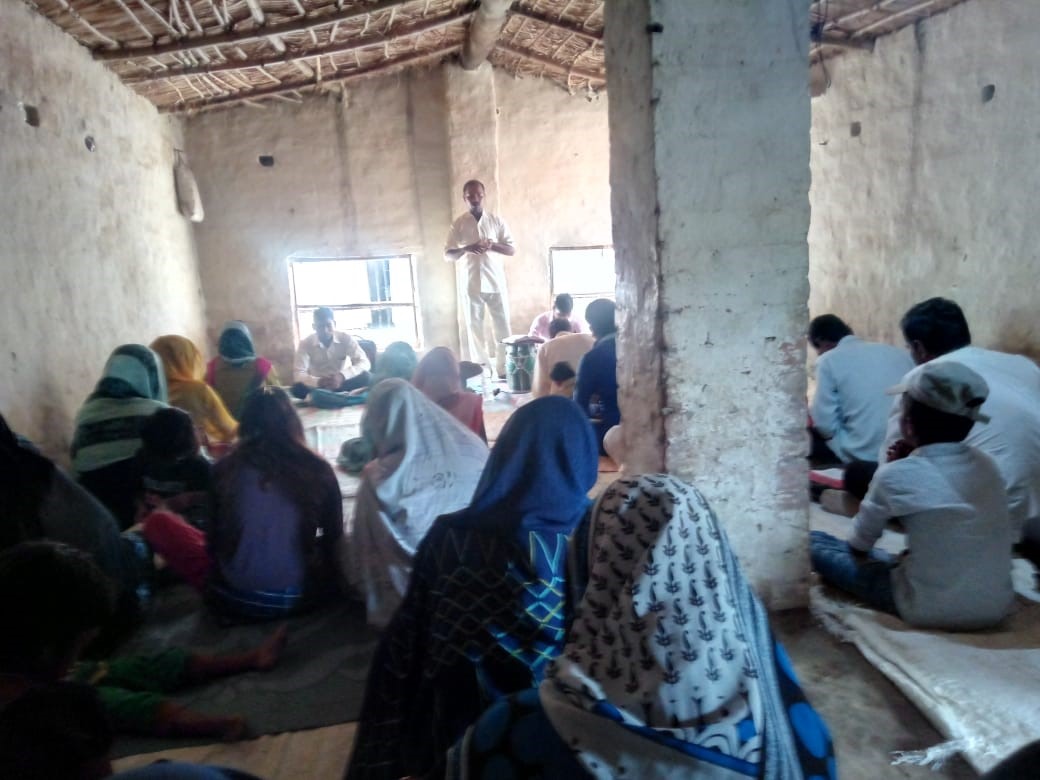 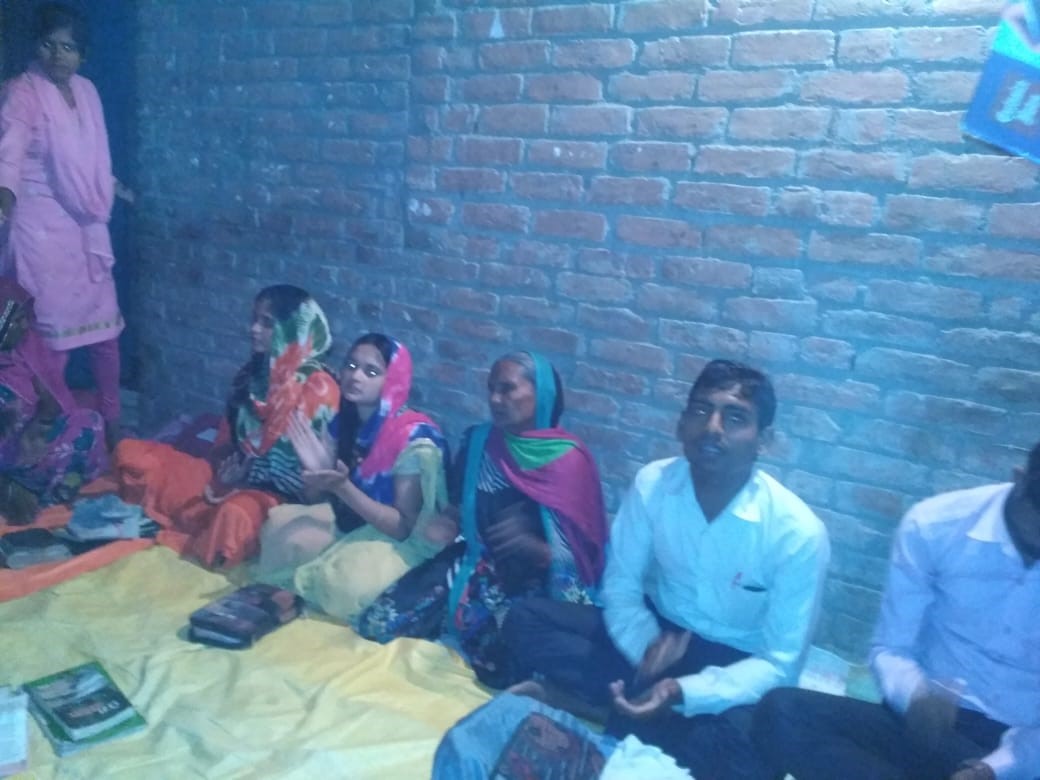 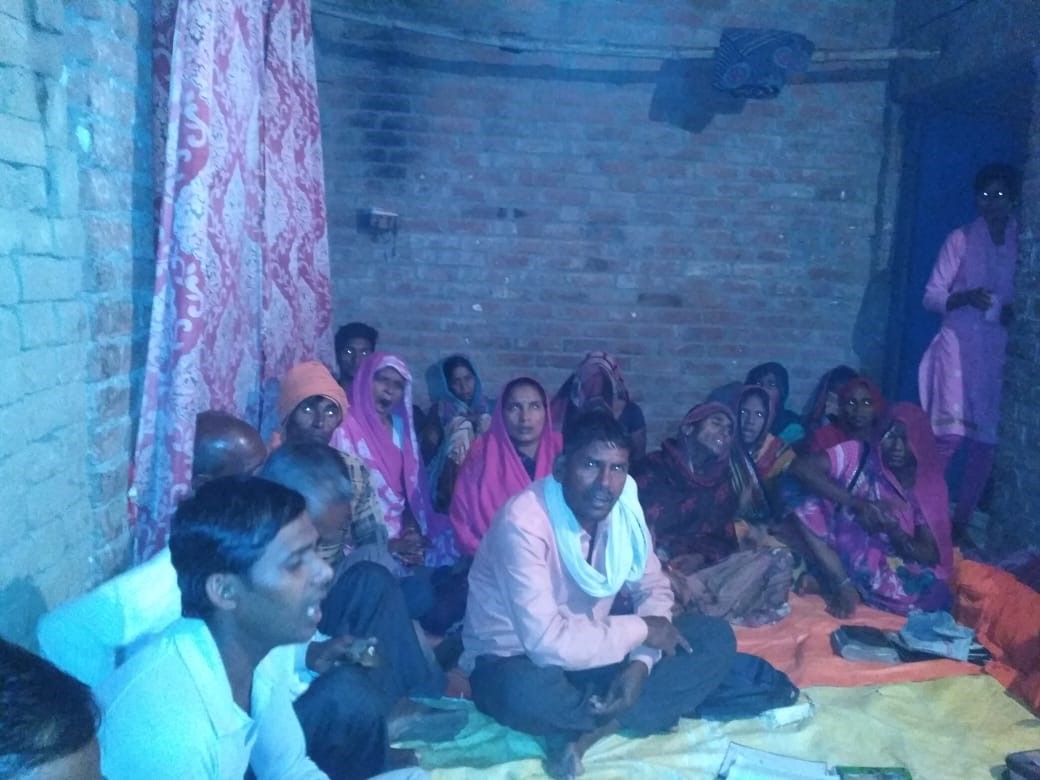 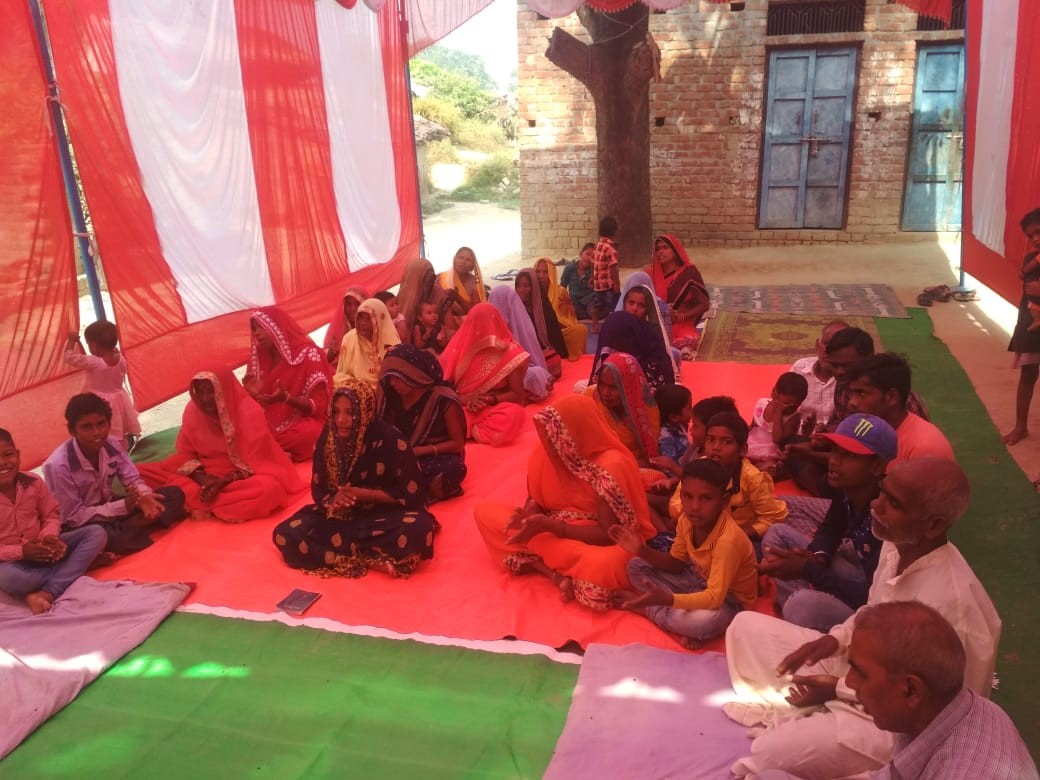 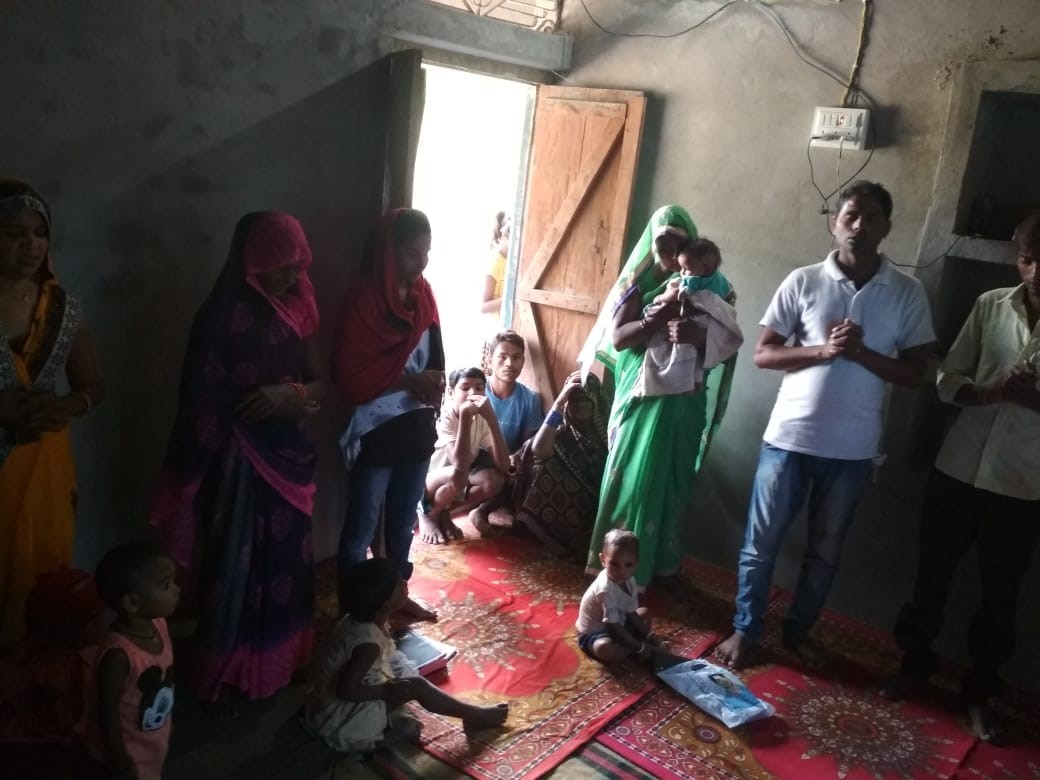 Franklin Graham: Pope Francis' Attempts to 'Normalize Homosexuality' Is to Say the Bible Is False

Graham wrote that the Pope’s comments, which were made in the new documentary Francesco, were “unthinkable in light of the Word of God.”

He went on to highlight God’s creation of humanity in Genesis and the definition of the family as “society’s most basic social unit.”

“The Bible teaches that when God created the human race, “He created them male and female, and blessed them …” (Genesis 5:2),” Graham noted. “The first family consisted of a male husband and a female wife, then their children, which is how God defines society’s most basic social unit, the family.”

But when humanity sinned, Graham explained that God’s design for marriage and sexual expression between males and females was distorted by homosexuality.

“Women exchanged natural relations for those that are contrary to nature; and the men likewise gave up natural relations with women and were consumed with passion for one another …” (Romans 1:26-27),” he wrote, citing the Apostle Paul’s words.

Nevertheless, Graham stressed that God’s love is “completely inclusive” and that sinners can come to Him by turning to His Son Jesus Christ in faith and repentance. The evangelist asserted that the Pope’s approval of homosexuality ultimately distorts the Word of God and diminishes Christ’s redemptive work.

“For Pope Francis to attempt to normalize homosexuality is to say that Holy Scriptures are false, that our sins really don’t matter, and that we can continue living in them,” he explained. “If that were true, then Jesus Christ’s death, burial, and resurrection wouldn’t have been needed. The cross would have been for nothing. No one has the right or the authority to trivialize Christ’s sacrifice on our behalf.”

Graham reiterated God’s love for humanity, noting that one can be a part of His family through repentance, according to the Bible.

“The Bible says, “Repent therefore and be converted, that your sins may be blotted out, so that times of refreshing may come from the presence of the Lord” (Acts 3:19),” he wrote.

In his closing remarks, Graham explained that a lack of repentance bears eternal consequences for one’s soul and called for the complete surrender to God.

“I want everyone to know the truth and to find the peace that comes only from fully surrendering our lives to Him and His commands. The consequence of an unrepentant, unbelieving heart is also clear in the Word of God—eternal death,” Graham stressed.

“Unless we repent and receive His offer of forgiveness, surrendering our lives to Him, we will spend eternity as part of a different family when we leave this earth—the family of the condemned,” he concluded.