Skip to content
You are here: Home » Volume 8 Issue 47

Peter was standing with them

Jn 18:18  Now the servants and the officers were standing there, having made a fire of coals; for it was cold; and they were warming themselves: and Peter also was with them, standing and warming himself.

We all know how Peter, the chief of the Apostles,  came to deny Jesus 3 times and later repented. While I was meditating on this, the Lord gave me certain insights. Let me share it.

The phrase “Peter was standing with them” aroused  curiosity in me.

Where was Peter standing?

“Peter was standing with them”.

“Now the servants and the officers were standing there, having made a fire of coals; for it was cold; and they were warming themselves” Jn 18:18

Jn 18:12 -13 So the band and the chief captain, and the officers of the Jews, seized Jesus and bound him,  and led him to Annas first; for he was father in law to Caiaphas, who was high priest that year.

Why should Peter appear there? Is it  to show his solidarity with Jesus ? To defend Jesus? No. Just out of curiosity.

His foolhardiness and curiosity led him there. While the Master was before one bar, Peter stood at another, but how miserably he failed! In spite of his brave talk, he was swept off his feet!

Jn 18:16  but Peter stood outside at the door. So the other disciple, who was known to the high priest, went out and spoke to the servant girl who kept watch at the door, and brought Peter in.

The lesson to learn

Peter’s fall was due to his self-confidence and lack of prayer. After Jesus got arrested, when he was not able to do anything to save Jesus from their hands, why should he go and stand with the officers and warm himself? How can he think of warming himself from cold when Jesus was in such a dangerous situation?

It shows his childishness and irresponsibility.

Psa 1:1  Blessed is the man who walks not in the counsel of the wicked, nor stands in the way of sinners, nor sits in the seat of scoffers;

Gen 49:6  Let my soul come not into their council; O my glory, be not joined to their company. For in their anger they killed men,.......

2Co 6:14  Do not be unequally yoked with unbelievers. For what partnership has righteousness with lawlessness? Or what fellowship has light with darkness?

Those who are weak should beware of exposing themselves in places and company where they are liable to fail. Do not warm yourself at the world’s fires.  Unless we have learned to avail ourselves of that power which is made perfect only in weakness, we should never take a chance to go and stand in the council of the world. It was a mistake for Peter to throw himself into such a vortex of trial.

(1) Let us not sleep through the precious moments which Heaven affords before each hour of trial, but use them for putting on the whole armour of God, that we may be able to stand in the evil day. These are the days satan is struggling to deceive even the chosen ones in India.

(2) Let us not vaunt our own strength. We need more than resolution to sustain us in the hour of conflict.

(3) Let us not cast ourselves down from the mountainside, unless absolutely sure that God bids us to do so. He will not otherwise give His angels charge to keep us.

Morning Worship is going on online (Zoom app) from 5:30 am to 7:00 am in Tamil Nadu and many other places

All the Participants received physical as well as emotional and spiritual Healing. They were delivered from various addictions and bondages.

All Glory to The Lord alone. 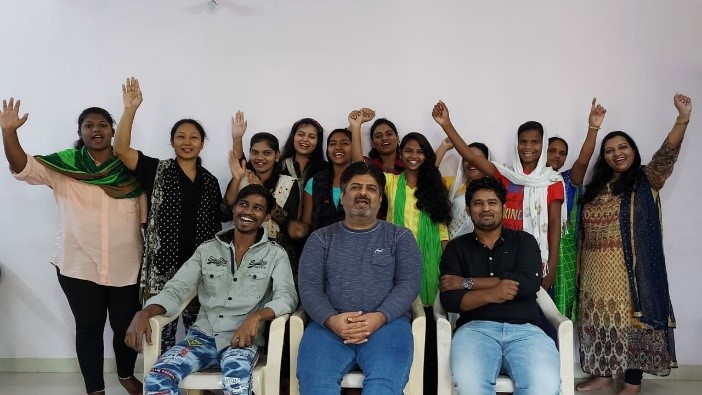 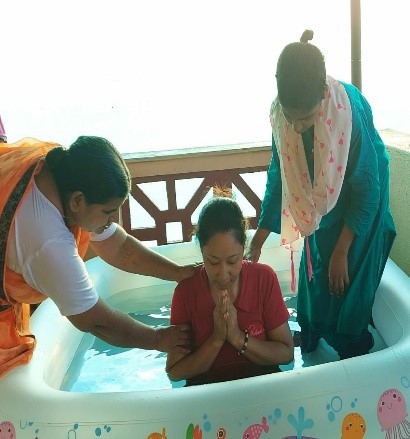 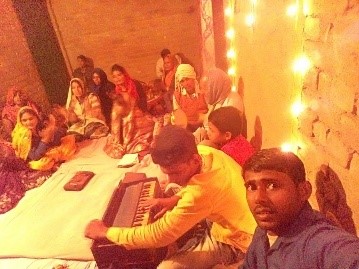 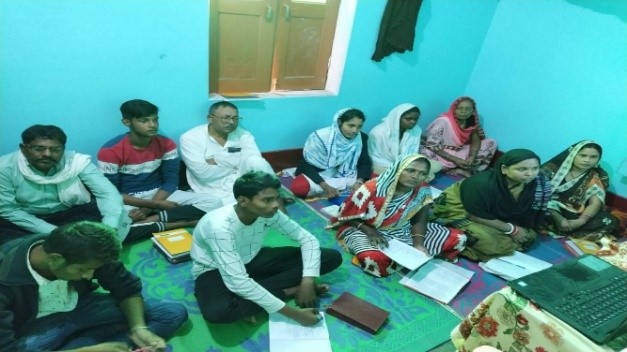 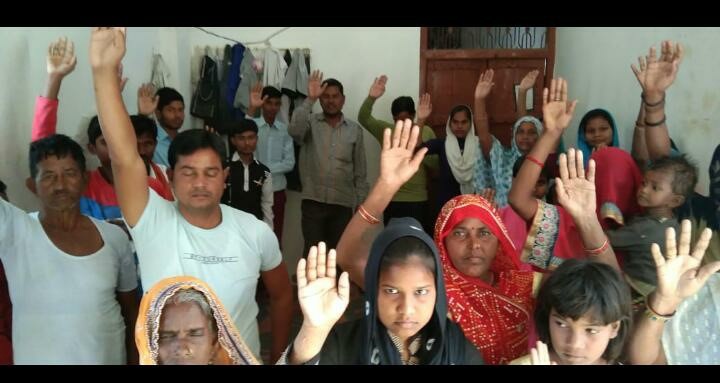 Christians in India received a respite from Hindu persecution recently as the country’s high court ruled that Christians whose houses were bulldozed for refusing to convert to Hinduism will be allowed to return without more persecution for their beliefs.

Christians in the region of Chhattisgarh experienced the persecution recently and filed a petition over the matter, The Christian Post reports.

There were reportedly three separate attacks that displaced the Christians for more than a month. 16 homes were attacked and women were being attacked while men tore their clothes. “I kept pleading with them but they kept beating me. My only fault was that I follow Christianity,” one woman stated to Stories Asia.

According to International Christian Concern, the Christians were called to a village meeting and told to recant their faith, or else. The Christians refused and that was the beginning of the attacks. “We ran for our lives,” one of the survivors, Vijay Sori, told International Christian Concern. “The death threat they hurled against us were very frightening. There was no other way than to flee from the village.”

In addition to this, four of the men remain imprisoned for simply refusing to convert to Hinduism. This violates India’s constitution, which provides freedom of religion for all in Article 25, which states “all persons are equally entitled to freedom of conscience and the right to freely profess, practice, and propagate religion subject to public order, morality and health.”

Even though the high court told the persecution to stop, the local authorities have reportedly looked the other way, according to other Christians in the region. This means the nationalists who forced the attacks may go completely unhindered by police.

An Iranian Christian convert, who is serving a six-year prison sentence, has received 80 lashes for drinking communion wine. He is the second convert to receive such a punishment in just over a month.

Article 18, a London-based nonprofit that exposes abuses against Christians in Muslim-majority Iran, reports that Zaman Fadaee (who goes by the name Saheb) was flogged on Sunday in connection to a 2016 conviction for drinking wine as part of communion.

In Iran, it is illegal for Muslims to drink alcohol but the practice is permitted for religious minorities. However, advocates warn that Iran does not recognize former Muslim converts as Christian.

Fadaee, a member of the Church of Iran, was arrested along with Pastor Yousef Nadarkhani and four other members of Nadarkhani’s Rasht-based church in May 2016. In September 2016, converts Fadaee, Yasser Mossayebzadeh and Youhan Omidi were sentenced to 80 lashes for drinking communion wine by a court in Rasht.

On Oct. 14, Omidi received his 80 lashes about a month after he began a two-year term in exile in the city of Borazjan, about a 15-hour drive from his home in Rasht.

Fadaee is serving a six-year sentence in Tehran’s Evin Prison for the charge of organizing house churches and “promoting ‘Zionist’ Christianity,” according to Article 18.

The converts were each initially given 10-year prison sentences in 2017, which they began serving in 2018. But during a retrial earlier this year, their sentences were reduced.

Mossayebzadeh was also sentenced to 80 lashes. But Article 18 reports that he has not been summoned yet to receive the lashes.

“It had been assumed that both Saheb and Yasser would be flogged after their release from prison, as happened in Youhan’s case,” the Article 18 report states. “However, Saheb was summoned to the Shahid Moghadas Revolutionary Court next to Evin Prison yesterday, and told his sentence must be carried out then and there.”

“Now hearing from @articleeighteen that another Iranian Christian has been lashed 80 times for drinking communion wine — and is serving 6 years in prison for organizing house churches,” Noronha tweeted. “ISIS, Al-Qaeda, and the Islamic Republic of Iran are birds of the same radical feather.

“Deeply disturbed by reports Iran lashed Mohammad Reza Omidi 80 times for drinking communion wine,” she wrote on Twitter at the time. “He already served two years in prison for belonging to a house church. We condemn these unjust punishments and urge Iran to allow all Iranians the freedom to practice their beliefs.”

The U.S. government and international human rights activists have often criticized the Iranian government over human rights abuses against religious minorities. Governed by a theocratic regime and Islamic law, Iran is listed by the State Department as a “country of particular concern” for tolerating or engaging in systemic violations of religious freedom.

Open Doors USA, a persecution watchdog group that monitors human rights abuses in over 60 countries, ranks Iran as the ninth worst country in the world when it comes to Christian persecution

Among many restrictions on the Christian community, the government prohibits church services from being conducted in the Farsi language. The government also bans Muslims from leaving Islam.

Christian converts who participate in house churches do so in fear that they could be arrested for doing so.